Bomet Unveils Ultra-Modern Film Hub For Creatives In The Region 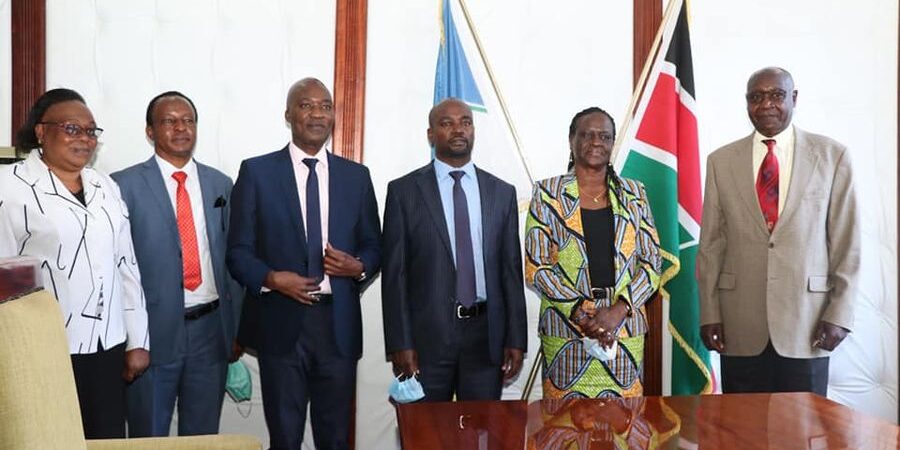 Bomet County has unveiled a State-of-the-Art Film and Music hub that will give the youth an opportunity to showcase their creative works locally and globally.
The facility has been established through a partnership agreement that was signed between the Kenya Film Commission and the County Government of Bomet in 2nd September 2020.
Speaking during the launch, Bomet Governor Dr. Hillary Barchok challenged the youth and any talented persons to create as much content and present artistic ideas as they can, to be nurtured, developed and marketed adding that the artists can also earn a living from it.
“Besides telling our story, you can also earn a living from it. The local entertainment industry is lucrative, as it has generated over 300 billion Kenya Shillings in revenue, creating direct and indirect employment to more than 100,000 people.” Dr. Barchok said.
The Governor said that his administration had fulfilled the preelection pledge to “develop arts/cultural theatres in every sub county with a major performing arts theatre and recording studio in Bomet town as well as to set up community-based libraries with ICT centers in every sub-county with a major facility Bomet town.”
He added that he will work with the County Assembly to integrate Cinema into the County strategic plans and align it with the National development plans such as the Kenya Vision 2030 in a bid to contribute towards the Country’s economy.
The Bomet Film Hub is now equipped with video editing hardware and software, sound studio hardware and software, filming equipment and e-research material, among others.
The event was graced by the Permanent Secretary, State Department for Broadcasting and Telecommunication, Ministry of ICT, Esther Koimet and KFC CEO Timothy Owase.
PS Koimett said that “Film is indeed big business with significant contribution to Kenya’s economy. World over, Governments are incorporating film industry as part of their economic recovery strategy post-COVID19 pandemic.
She added that the Ministry was committed to grow the sustainability of the film industry through strengthening existing institutional frameworks and increasing number and quality of film productions in Kenya through the active involvement of film industry stakeholders.
KFC CEO Mr. Timothy Owase noted that “Bomet County is at the forefront and is setting the pace within the region in establishing the film industry as a potential employer and a main contributor to Kenya’s economic growth. As the Government agency mandated to develop the film industry in the country, our partnership with Bomet County is a step in the right direction as we work towards ensuring that the creative community at the grass-root level has state-of-the-art equipment and software that can enable them compete favorably.”
He added that the creatives within this region are now empowered to tell their stories. He reiterated the Commission’s assurance that it will remain committed to devolving filmmaking activities and expanding the opportunities for Kenyan filmmakers.
Also present were the Deputy Governor Hon Shadrack Rotich, the Speaker Hon Nelson Mutai, CECM Social Services, Gender, Culture, Youth and Sports Alice Kirui, Chief Officer Jayne Sigilai among other officials, students, artists and members of the public.
July 27, 2021
Go to Top
error: Content is protected !!
Facebook