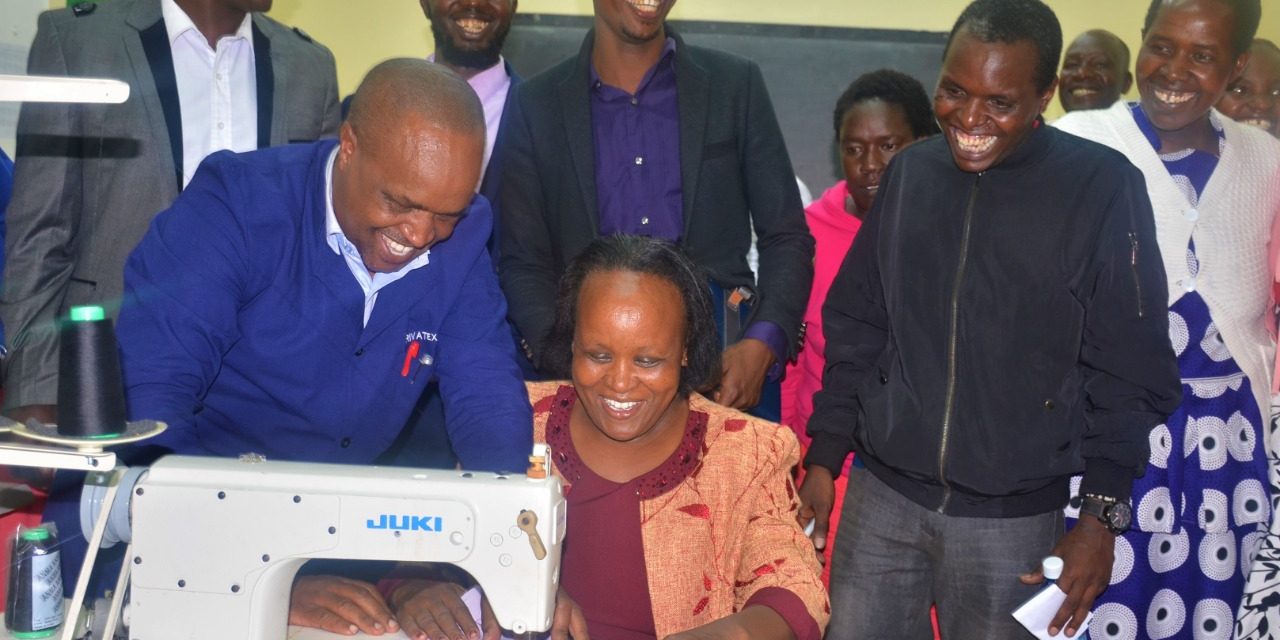 Rivatex East Africa on Monday November 11, 2019 received 25 tailoring students from Bomet County Government who are set to begin training for a period of six weeks at the textile facility.

This is one of the fruits being realized following last year’s signing of a Memorandum of Understanding (MOU) between the County Government of Bomet and Rivatex.

The elated students were accompanied by County Executive Committee Member in charge of Education Juliana Yegon, Ass. Director Vocational Training Mr. Alphonce Kirui among other officials and were received by Rivatex Management.

Rivatex management lauded existing partnership adding that the students will be given the best training by qualified trainers using state of the art machines.

On her part, the CEC, lauded the institution saying once the students conclude their training, they will be absorbed by the county government once it sets up its own tailoring unit.

The County Government of Bomet will soon set up a production line at Siwot Vocational Training – a centre of excellence in textile making.